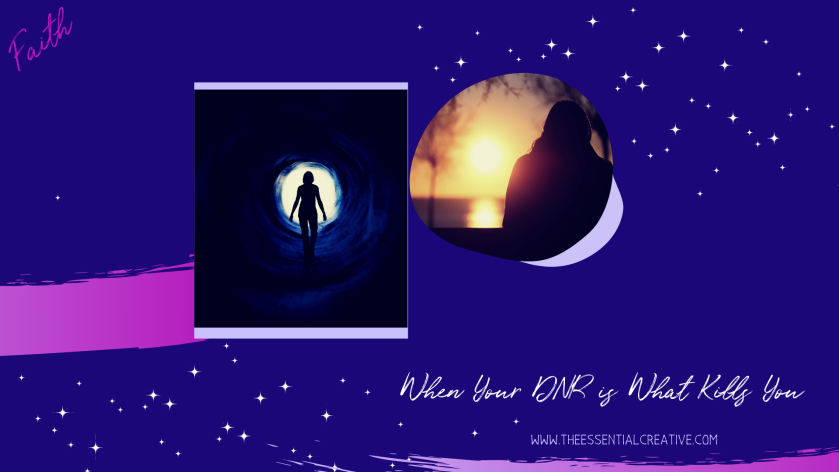 Years ago, I took a sabbatical of sorts. I stayed away from FaceBook and most outside sources of influence other than Steven Furtick and my own pastor. I met with few friends and spent a lot of time just sitting with God and asking questions. Getting to hear HIS voice again. Just listening to His heartbeat and His breath as I tried to find mine again.

Have you ever done something like that?  How did you feel when finished?

Okay, this may seem to have nothing to do with a DNR, so let’s jump into the post.

Medically, a DNR (Do Not Resuscitate) order makes it so medical professionals can’t perform CPR on you once you have died. That is, once you are dead, you are dead. Even if they have a chance they could bring you back to life. You talk to your doctor about this order and he writes it and it follows you where you go. (That is my layman’s understanding  of it.) 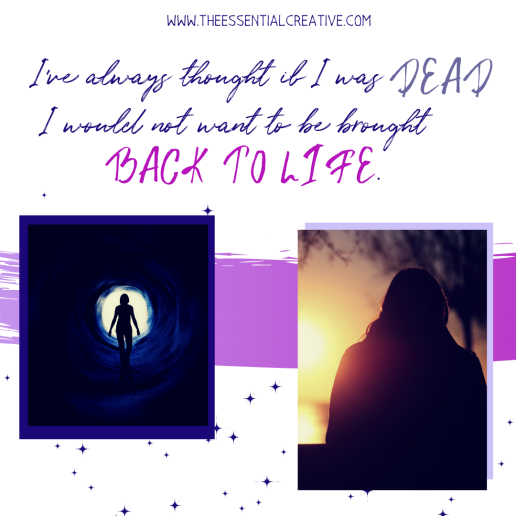 I’ve always thought if I was dead I would not want to be brought back to life. If my heart stopped, it was my time…let me go. That was my thought before holding the hand of someone who died more times than I care to admit over the past two years. But lately, it has hit me…if my heart stopped beating, I WANT someone to make it beat again. Within the past years, my heart had stopped beating. I had gotten so caught up in work and the changes in my life and the things I did not like about it, that I had stopped breathing and was slowly dying up until 2018. My heart stopped beating and everything I was doing was only making it worse…draining the life from me…slowing the beating.

If you do what are you doing to change that feeling?

For me, I had to step away and surrender myself to His voice, to His will, to His leading. I had to lift the DNR on my life before it became the very thing that killed me. I had to give into God and allow Him to change my heart. To put it in His hands and hold it and breathe life back into it.

I needed to let Him show me who I am, why I am here, why I am doing what I am doing, and how to move into a space where I am comfortable where I am while also being in His will and becoming uncomfortable where I need to be. And not writing was a place like that. Putting away the pen while only editing and working on others’ words for six weeks while I took myself inward and allowed Him to overcome me was uncomfortable.

I had to see what my life looked like through His eyes. Through His ears. Through His hands. What was I doing with it? Was it good? What is God? Looking at it honestly through His eyes hurt because I realized I had given God a DNR order on my life. I was saying, “You didn’t do what I wanted you to do so I don’t want to move forward.” And while I was moving forward and doing things in the eyes of others, the truth is I have not truly moved forward until over the past six weeks. Seeing my complaining, my stubbornness, my anger through His eyes was …well…eye opening. It was sad. It was heartbreaking.

It broke my heart to see how I reacted when God didn’t do what I thought He should do in my life. It broke my heart to see how I issued God a DNR on my life and how much it took on His part to help me see that. How because He didn’t do something 11 years ago I was giving Him a DNR for the rest of my life. I have been whining about certain conditions and things He hasn’t done, when the truth is I haven’t been ready for anything to come into my life because I have been so upset over what left my life. OUCH! Truly heartbreaking realization there!

I wanted to believe that in a way I have never believed before.

I asked and He answered. And while it hurt, it helped me. It helped me to understand my life through His eyes. If you have issued a DNR to the Lord and given Him the command to stay away, RESCIND it today! Tell Him you want Him to come in and show you how to breathe again. He will friends. He will!

And so I leave you with this piece that has been speaking to me about his love for me that always brings me back to life. He is a God who moves mountains. Rescind the DNR and don’t let it be the very thing that kills you. Instead, let God breathe new life back into you. Listen to these lyrics and believe them…truly believe them.